Last week a series of thunderstorms rolled through these parts of Arkansas and beyond.  Tornadoes touched down further south across several states, the hardest hit being Mississippi and Alabama.  Up here, it rained 10″ in 24 hours.  The next day more rain fell, causing flash floods in NWA.  On the farm, the rain washed down our footpath to our house, which is its natural draining pattern, and washed over my bed which was planted with carrots.  It washed over it so much, that eventually cut channels through the bed, washing the soil into the onion bed.  We tried to alleviate some of the damage by putting straw bales into the path of the water, but when thousands of gallons are running off of a large roof over a matter of hours, you just can’t compete.  We tried, but it did no good.  It was interesting talking to some of the farmer’s at the Fayetteville Farmer’s Market today, listening to their stories of what the rain washed away.  One farmer said it washed his topsoil away.  Another mentioned, how his topsoil didn’t leave his property, but that it had washed to the bottom of the hill.  That’s something to think about, right.  Your dirt.  And how important it is.  Treat it well. 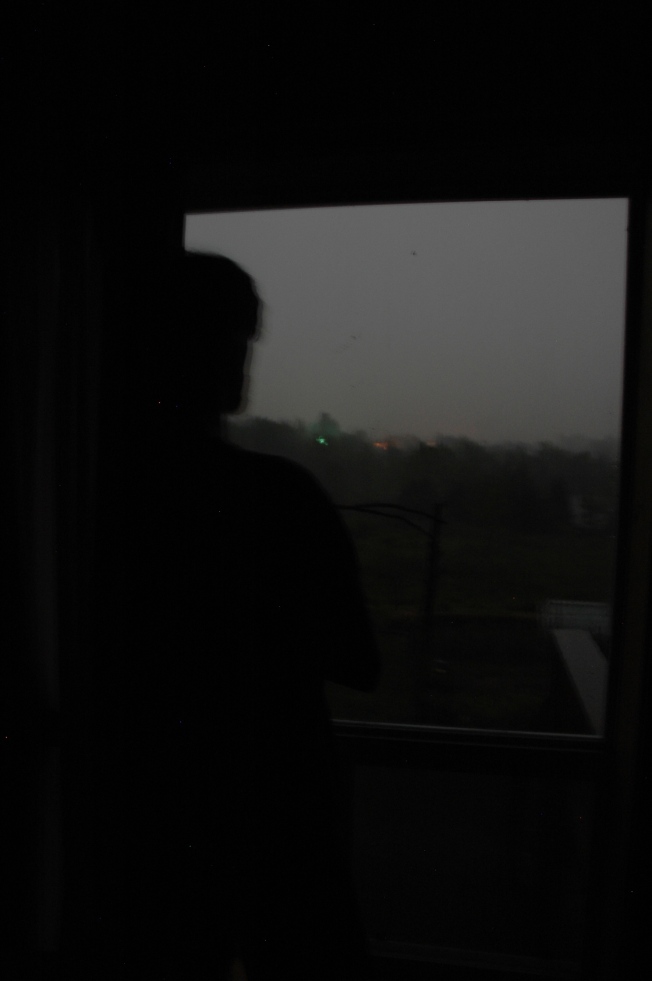 Paul and I were standing at the windows watching the lightning 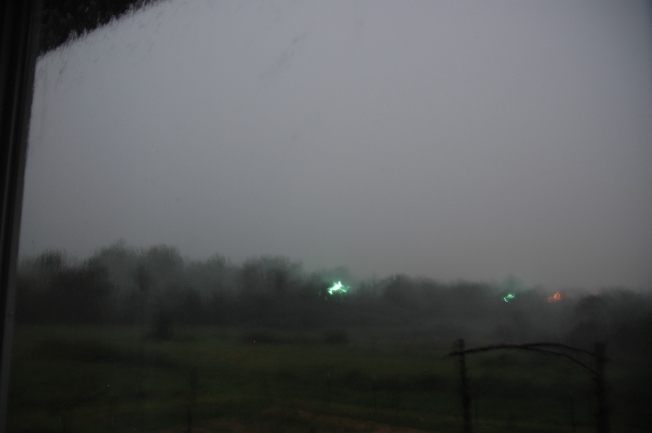 Lightning just struck and lit up the sky. You can kind of see how hard it's raining, or maybe it's just blurry 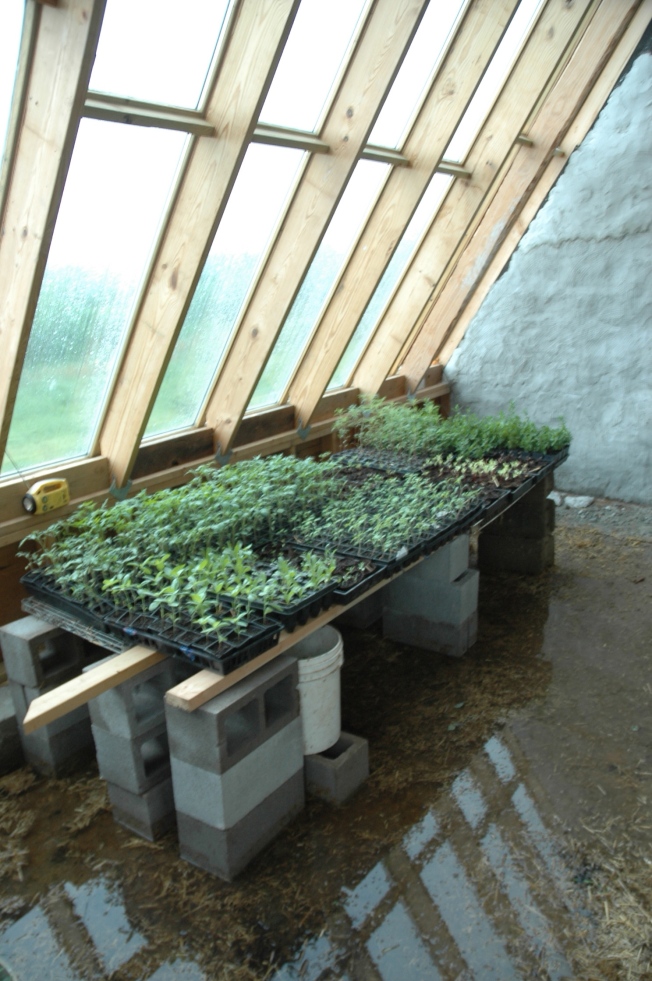 A result of the rain, 2"+ of water inside 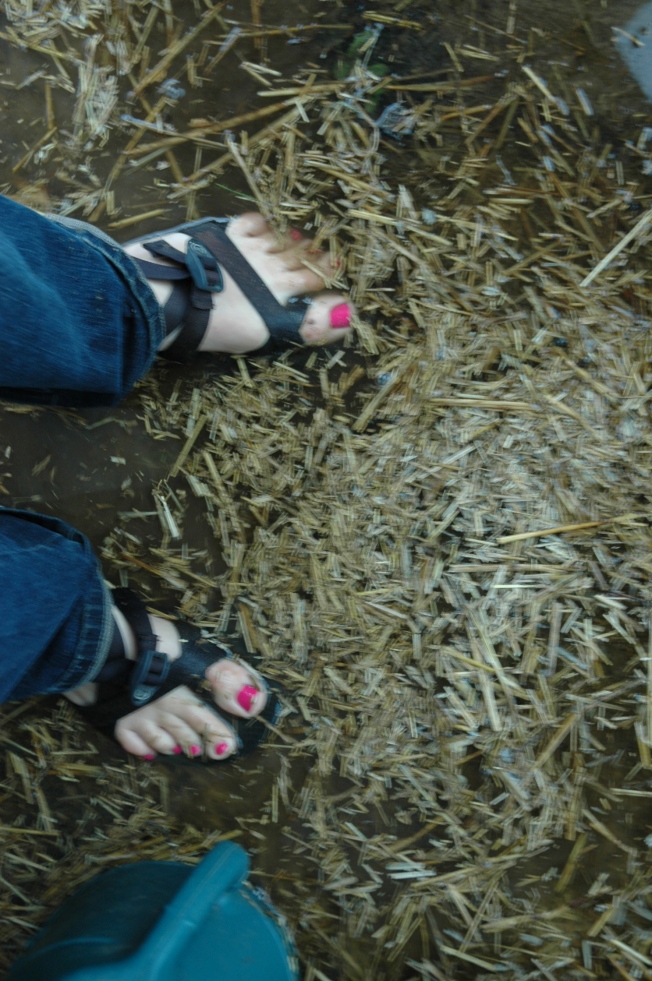 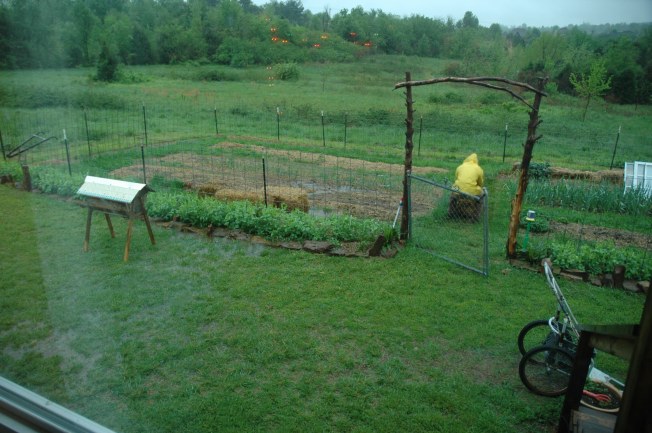 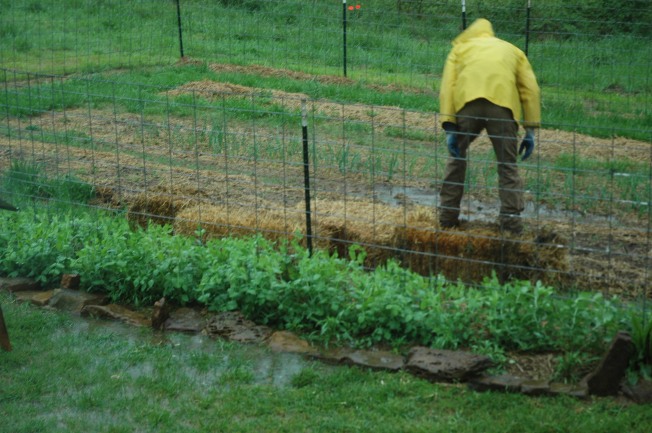 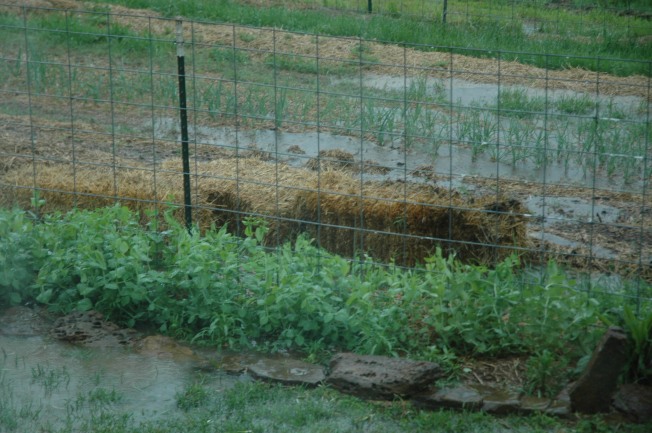 The rain creating a little creek 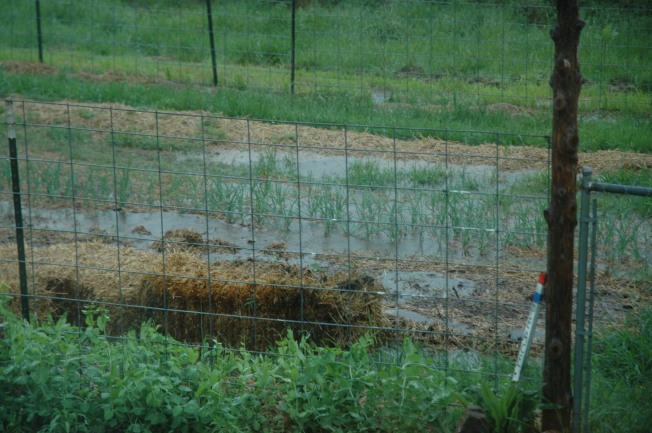 Here is a link to the American Red Cross, to see ways you can help those who were affected by the tornadoes in the south this week.